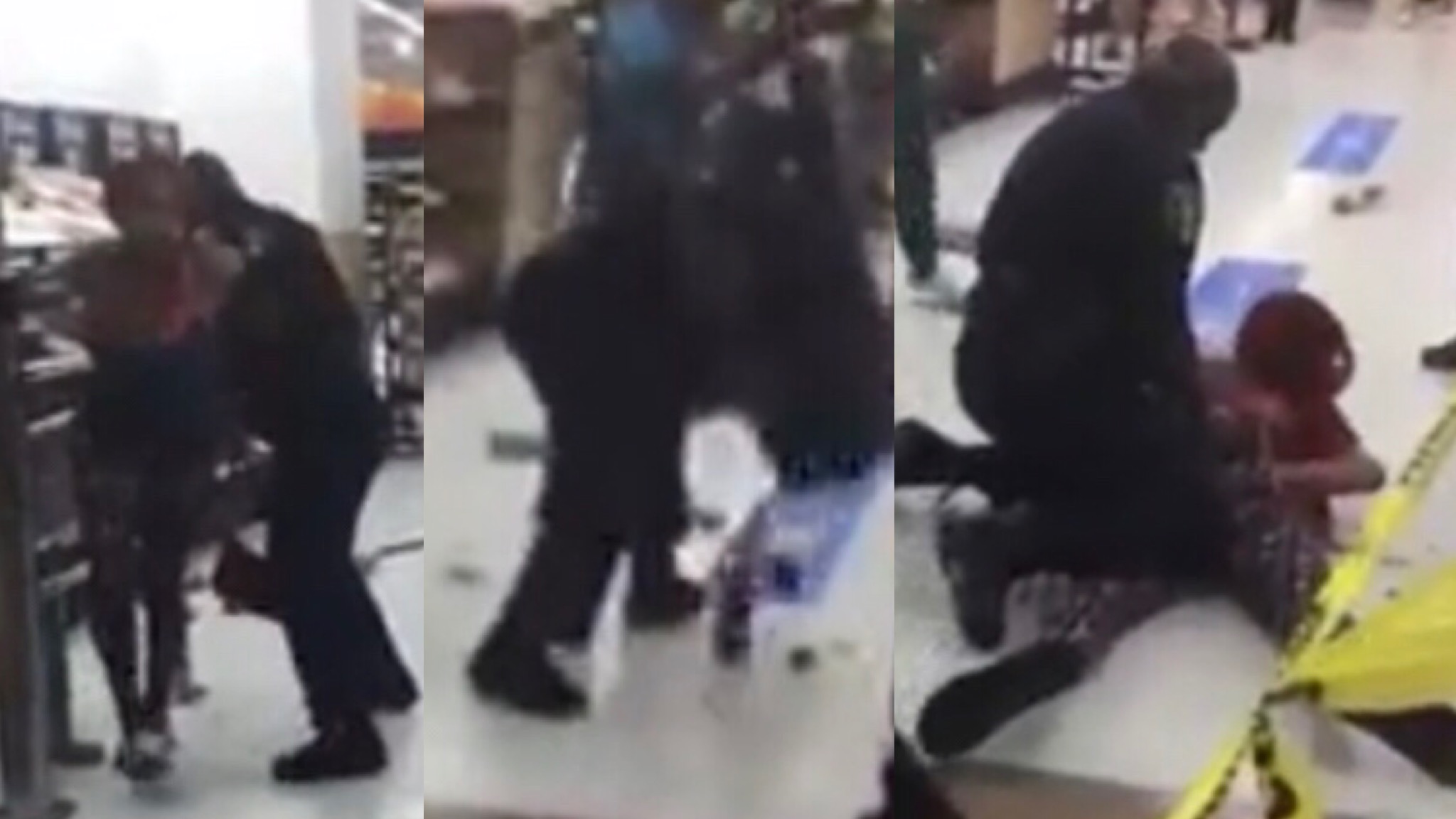 An off-duty Birmingham, AL cop working security at a Walmart is under investigation after body-slamming a customer for allegedly refusing to wear a face mask.The incident went down Tuesday, and the video starts with the security guard struggling to detain the woman. Moments later eventually he lifted her from under her legs and slammed her to the ground.A nearby woman, also not wearing a face covering, was pissed and shouted at the security guard for slamming her friend’s head on the ground.The video, posted online, prompted Birmingham PD to launch an investigation into the use of force.For what it’s worth … Alabama’s stay-at-home order only recommends — not requires — residents to wear face coverings while out in public.A Birmingham PD spokesman said, “Our records indicate we have not issued any citations or made arrests as it relates to the shelter in place ordinance or the face covering ordinance. We have made a valiant effort to gain voluntary compliance and we will continue to work cohesively with the community.”

6ix9ine Explains Why He Snitched On First Live Since His Release